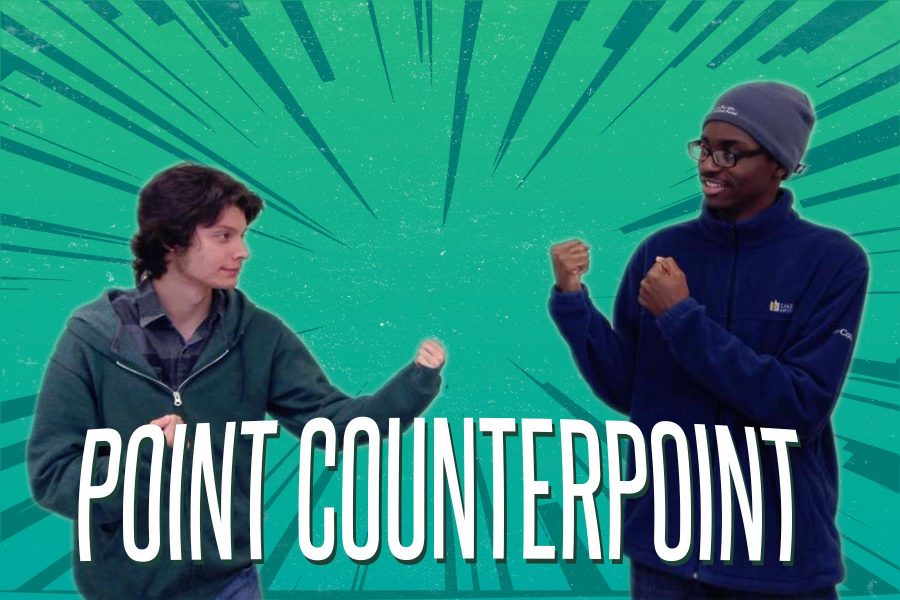 Point Counterpoint: Should we give third parties a chance?

Election Day is Tuesday, Nov. 8. Are you ready to change the course of history by a smidgen? If you know how to vote, you’re all set. Of course, there is the complicated matter of actually choosing someone to vote for. The candidates for both the Republican and Democratic parties have been ridden with scandals, leading to a growing call for a third option. Do third parties deserve our attention? Read on as our columnists espouse opposite ends of the philosophical spectrum.

Third parties will never have a chance

Whether engaged in an act of rebellion or feigned obligation, third party voters have always valued their own feelings over the fate of America.

Since the dawn of the two-party system, third party candidates have never had a chance to butt heads with the big shots, much less win a presidential election. The last one to gain any electoral votes whatsoever was George Wallace of the American Independent Party, an offshoot of the Republican Party that now endorses Donald Trump, in 1968. Today’s fan-favorite Libertarian and Green parties have never hit the board.

Libertarian messiah Ron Paul agrees. Despite winning his party’s nomination in 1988, Paul wasn’t even included on the ballot in some states. When he rose from the grave in 2008 for a couple more rounds, it was as a Republican.

After all those years, Paul took the stage and got his face on TV. Millennials fell in love with him for his vocal endorsement of weed. America noticed how untraditional he was thanks to his adherence to the traditional two-party system. A Republican in name only back then, Paul now enjoys his retirement as a member of the Libertarian Party.

Of course, even as a so-called Republican, Paul never had a chance. Despite his lack of votes, he stayed on that stage as long he was allowed. He wasn’t hoping for a miracle. Rather, he was milking his screentime for all it was worth, spreading his new opinions further than his considerably less politically correct newsletters from his Libertarian stint ever could.

Weed found another face this year in Bernie Sanders, another savvy non-traditionalist with some saucy old writings, this time a socialist running in the Democratic Party. Perhaps he had a chance with voters, but he certainly never had one with the Democratic National Committee bigwigs. If you’re not normal, someone is always going to snip you out.

So who are our actual third party candidates this year? Libertarians have Gary Johnson, who is pretty much useless for their agenda without the big voice and charisma. The only reason one would vote for him is to avoid supporting Trump or Clinton. The media has espoused him as your only moral option, though the Green Party’s Jill Stein, an anti-censorship, pro-privacy, outspoken supporter of WikiLeaks, might do more for your conscience.

When you vote on Nov. 8, force your shaking hand onto someone who has a chance, then go home and scream out your untraditional beliefs until the morning comes. No one ever has to know.

It’s not fair for only the Democrats and Republicans to get prime coverage by the news and media and steal the limelight from the little guys.

Third parties deserve greater recognition in elections than they are currently getting. They need the ability to appeal to lost voters and help break the solidifying mold that is currently American politics.

Third parties are overshadowed by the big buck parties, which force many Independents to become Democrats or Republicans in order to have a say in how things are going. This pulls attention from more relatable and down-to-earth parties that understand the working class and see the struggles of trying to make ends meet on a tiny minimum wage.

Below are various parties:

The Constitution Party is a party that is heavily conservative, wanting to stop Obamacare, amnesty and immigration, gun control, common core and Agenda 21, which is an agenda to bring the world closer together. This party runs on correcting government behavior and forcing it to only abide by all the founding documents that created it in the first place. It seeks to return the government to following every letter in the Constitution and securing the “inalienable rights” expressed in the Declaration of Independence.

The Green Party is all about peace, ecological wisdom, grassroots democracy and social justice. This party reflects most ideals of Vermont Senator Bernie Sanders in that it follows a grassroots campaign, particularly interested in “cleaning” the government so that it works better for all and not just the top one percent.

There are many more minor third parties but the previously stated ones are most recognized by the Federal Election Commission and the majority of the 50 states.

Third parties are important and have always been important for pushing and forcing progression of laws and better regulation. We can’t forget that both the Democratic and Republican parties were once third parties, helping to shape democracy and fix a broken system at their respective conceptions, but currently they are the ones needing to be pushed out and fixed.

As unrealistic as I may seem that third parties can change the corruption, it is even less realistic for them if they aren’t able to be elected high enough to change the system. Third parties being able to shift attention forces the big boy parties to pay attention and change.