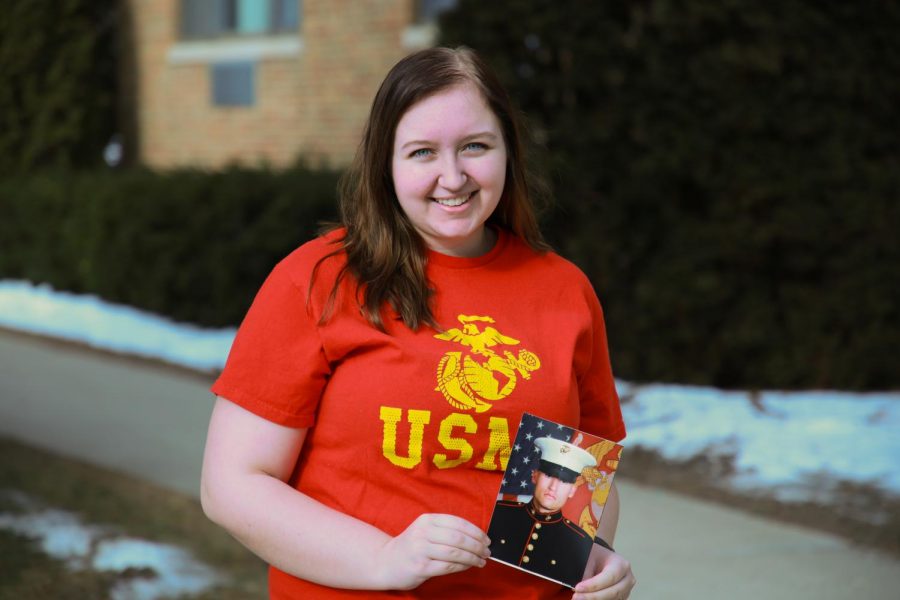 “My first year after high school graduation has been a rollercoaster. Two days after graduation, my boyfriend, Michael, proposed to me because he was leaving September 16th for Marine Bootcamp. I always knew Michael was my best friend because he always pushed me to do better in school. However, I had to go through my first semester of college without him encouraging and pushing me to do my best work. The day he left for Bootcamp, I missed my first class because I was in tears about him leaving. From the start, I was aware Michael would send me letters, and every day he was gone, I wrote him a letter. Michael was gone for three months. About half–way through his training, I received a letter. In this letter, Michael told me he was planning on marrying me when he came home on leave. It was a lot to think about, but all that mattered was the support and love we had for one another. Along with planning an entire wedding in a month and a half, I had the stressful task of telling our families we were getting married. Each side was shocked at first, but they all supported us. Michael and I promised our parents that I would finish my education at Lakeland University because I have a passion for teaching history. After Michael and I tied the knot, he had to leave about two and a half weeks later for Marine Combat Training, and I do not know when I will see him next. Even though, Michael is thousands of miles away, I know he is behind me and always rooting for me to do my best. Just because he is not physically by me all the time, I know he is always rooting for me wherever he may be. It doesn’t matter the distance, love will triumph.”