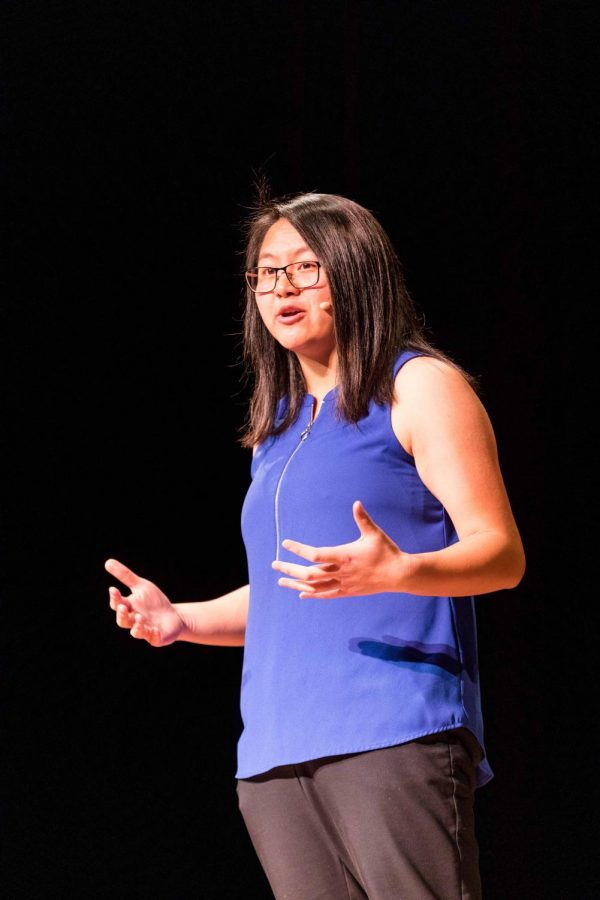 Students from Advanced Public Speaking presented their speeches about acceptance in hopes of increasing inclusivity.

Lead by Charlie Krebs, Advanced Public Speaking is a communications course that revolves around the ability to build on the basics of public speaking and allows students to think on their feet.

All of the speeches revolved around being more accepting of others and inviting everyone to be more inclusive. Being inclusive is not excluding any section of society or party involved, Lee Chang, a Junior, stated. In each speech, the main point was being able to challenge your views and biases you previously had on others.

Chang’s speech, titled “Magic Key,” focused on his life as an immigrant. “My speech was about how I use to live exclusively when I was younger. I lived exclusively because I was an immigrant. Obviously, I was different from my classmates. I had a lot of problems that, at the time, I couldn’t solve. Then, as I got much older, I started to live more inclusively. I went out of my comfort zone to meet new people. In doing that, I made friends. I also made memories from gaining new experiences with them.” Chang stated.

Chang added, “My vision is that people at least try to live more comprehensively. I believe that there is so much to teach and so much to learn from each other, but we have to live inclusively.”

Some of the students touched on depression and others touched on the importance of reaching out to students who sit by themselves at lunch. Chloe Skibinski, a Junior, presented a speech focused on using inclusivity to strengthen relationships by not limiting the number of friends and groups you hang out with.

Skibinksi added, “I hope people took away that it is okay to have a lot of friends and a lot of different friend groups. Be proud of having a diverse friend group and listening to people when they share a story.”

The students of the Advanced Public Speaking class spent most of their semester preparing for this convocation. Chang said almost all of his preparation came from inside the classroom, stating, “Much of my planning came from going to class every day … though, personally, I spent hours outside of class alone by myself, just practicing until I felt comfortable giving my speech.” Skibinski supported this statement by saying, “In the entire months leading up to the convocation, each class period was dedicated to brainstorming ideas … in the last 20 minutes of class we would show each other our work and receive feedback.”

The convocation ended with Isaiah Vance’s “Let’s Talk” speech. Vance’s speech was aimed towards those who may not be sold on the idea of inclusivity, challenging them to talk more about it.