Journey to the Koehler: Michael Whitley 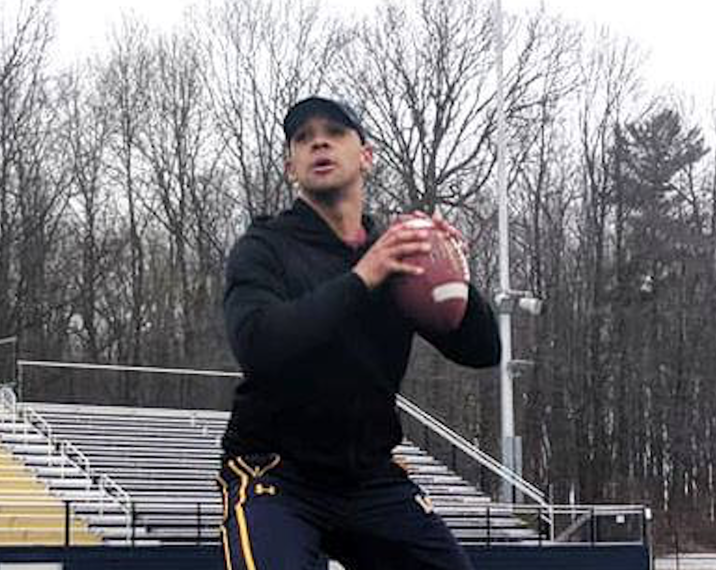 Meet Michael Whitley. Everybody on campus calls him by his nicknames “Whit” or “QB1,” meaning #1 quarterback. He is one of the candidates for Lakeland University’s 53rd annual Clarence H. Koehler Award.

In high school, Whitley attended Vidalia High School for three years and then transferred to Trinity Episcopal High School in Richmond, Va. for his senior year. His decision to transfer to Trinity was a tough choice for him because he had to leave his friends and his hometown. However, after missing most of his junior season of football with a sprained knee he followed through with his dream and pursued football. For his only season at Trinity, Whitley led their football team to a Mississippi Association of Independent School Class A state championship.

Even though he’s best known for his contributions on the football field for the Muskies, he also played basketball and baseball throughout his high school tenure. As a member of the football team at Trinity Episcopal, he was the entitled the team’s MVP as a senior and earned a spot as an all-state football player in Louisiana. Outside of sports, Whitley was a member of the National Honor Society.

Whitley is in his last semester of his college career, working towards a degree in business administration. He does not get many days off, but he can never complain about it. If he is all done with his school work, you can catch him at the nearest Lakeland sports game supporting the team performing. His high spirit sparks a flame in the student section, and you’ll never see Whit sitting down at any of the events.

On the football field, Whitley has produced a lot for the Lakeland Muskies. Whitley has collected 9,235 passing yards and passed 91 touchdowns as the starting quarterback for three of the four years he played. He broke two records in his 2015 season including the total offensive yards in one season (3,897) and the most total offensive yards per game in one season (354.3). During his college football career, he has earned a double digit amount of NACC Offensive Player of the Week awards and received the NACC (Northern Athletic Collegiate Conference) Scholar-Athlete Award all four years.

After college, he’s weighing in the opportunities including his ten offers of playing football overseas. Wherever life takes Whit, he’s always been blessed to call himself a Muskie here at Lakeland University.