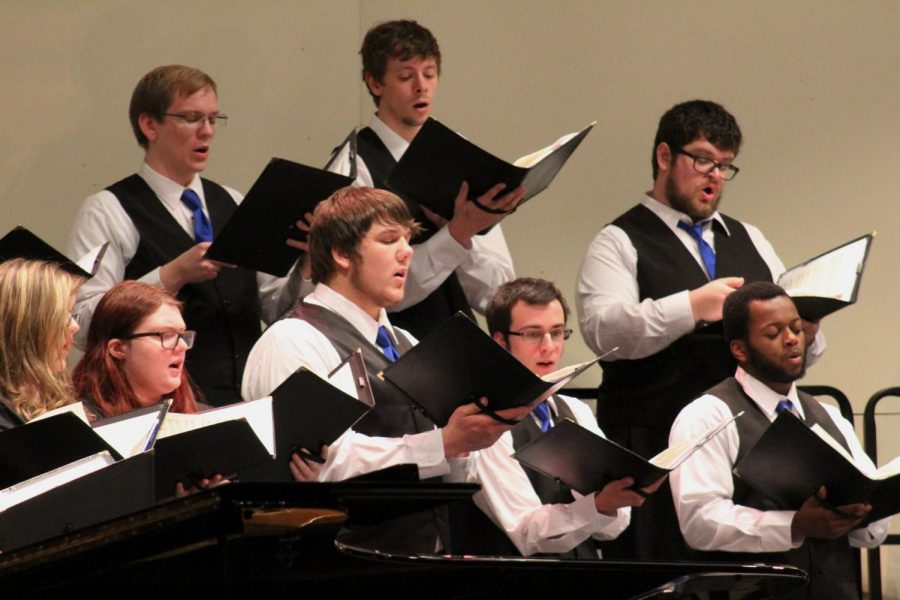 Over the past couple of years, some of Lakeland’s choir and band performances have been slightly lackluster. However, with Feb. 25’s “Ice & Fire,” they gave one of their best performances in years.

The choir performed six pieces: “Innoria,” “Saarella Palla (Fire on the Island),” “Blow, Blow, Thou Winter Wind,” “Fire, Fire,” “Keep Your Lamps,” and “The Common Cold.” The piece that really stuck with me was their performance of “Blow, Blow, Thou Winter Wind” by John Rutter, a enchanting and haunting composition. It held reminders of the church pieces that I heard while visiting Notre Dame in Paris, the encompassing voices with the elegiac piano accompaniment.

There was only one song that the choir performed that did not seem to fit the established tone of their performance: “The Common Cold.” The piece was a presto melody that left the audience desperately trying to keep up. The humor of the song is hidden within the lyrics–a patient, who believes himself to have a deadly cold that will most certainly kill him, is told by his doctor that he only possesses the common cold; the patient spends the song telling his doctor how incompetent he is. The other pieces do not hold the some comical tone, which causes this piece to stand out even more, and the piece is the last song the choir performs, which emphasizes it. Ending the performance with “Fire, Fire” would have helped to set up the audience for the band’s first song, “Fire!”

The first piece of the two was a beautiful commission for a Colorado high school that had a fellow classmate who sadly passed away. It also emphasized the power of the winter. During his introduction of the piece, Dr. Chancellor said, “The piece reflected my first Wisconsin winter, being a former Oklahoman.” The song was very tender, a haunting reminder of those who passed; it serves to create a solemn but wistful tone and helped me to remember those loved ones that have passed. The song featured soloists, so it felt like each student was telling his/her own story of personal loss, which greatly added to the tone of the piece.

The second piece, “Sleep,” composed by Charles Wilder, was inspired by Robert Frost’s poem, “Stopping by Woods on a Snowy Evening,” which Dr. Chancellor read aloud before the band performed the piece. The song featured a great deal of dissonance, which added to the effect of walking through the crunchy snow. There are chimes that reverberate during the song that created a feeling of hearing the church bells ring as one walks through the woods towards home. The end of the piece features a single note being held, slowly de-crescendoing until there is absolute silence, as though the audience is falling asleep with the composer.

Over the past couple of years, the band and choir have had their good and not-so-good performances. However, last Sunday’s performance was actually great.