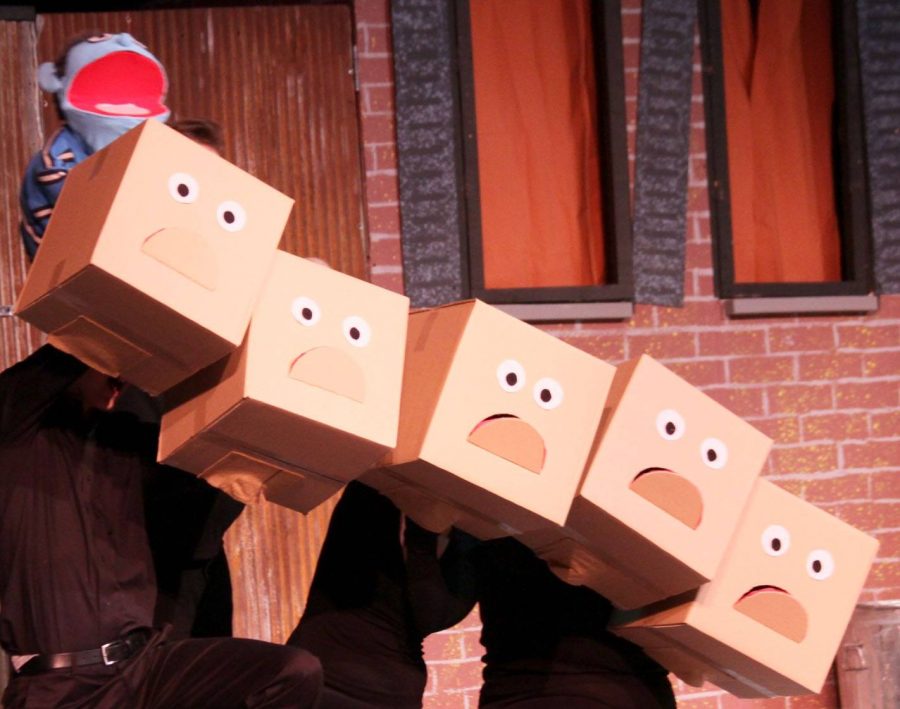 On April 5, Lakeland’s theatre department opened the Bradley doors for a production of the musical comedy “Avenue Q.” Over the past few weeks, the musical’s well-known bizzare reputation stopped many parents from attending. The musical is a coming of age story told through the puppets that live on the Avenue Q street.

The main characters Princeton and Kate Monster journey through adversity together trying to find their purposes in life. The actors were well casted, beautifully capturing the essence of each character. Brandon Herrin as Princeton showed what it is like to not be confident in where you are going after college. Although the story is told through the puppet, Herrin’s acting matches that of the emotion Princeton feels at the time. I could really grasp the sorrow that Princeton felt each time he was knocked over.

Coming into the musical, the thought of it being an unrefined rendition floated across many heads. However, it exceeded those expectations and overcame the initial judgments. Many of the topics discussed in the musical are those that people tend to avoid because it is not in our nature to talk about them. The musical, however, played around with those topics in a way where the humor softened the blow of the overall lesson.