Mayhem Poets show our submission to the loud 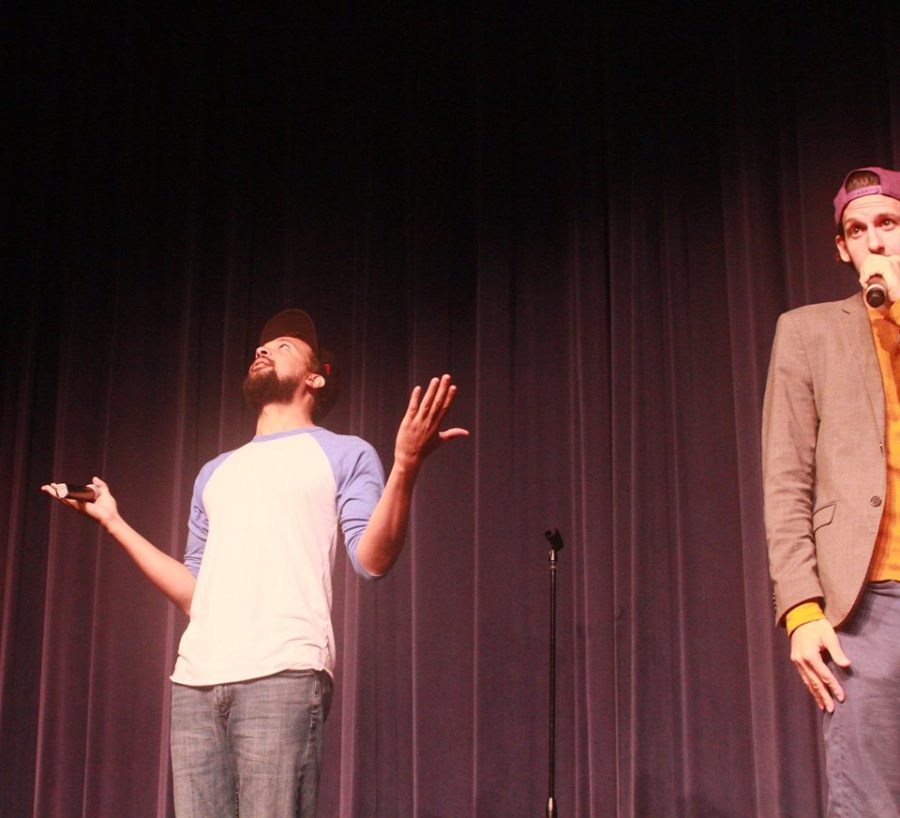 Oct. 3’s convocation-headlining Mayhem Poets want to prove that poetry does not have to be boring. What they may not have considered is that they simply do not respect poetry for what it is.

Early in the event, performer Mikumari Caiyhe did his impression of a traditional poet: old and stodgy. He and the other Mayhem Poets brand themselves the opposite: hip, modern and cool. Slam is their unsaid style, actually quite old, and with it comes ignorance toward the basics of actual poetry.

The standard Mayhem Poets act contains few metaphors. Those metaphors are outnumbered by a myriad of similes that namedrop current celebrities for potshots in which the name could easily be replaced with a different cultural icon’s (i.e. comparisons to LeBron James’ hairline). Their performance adheres to the style of rap most prevalent in hip hop today, utilizing both disses and praises as the punchlines to simple rhymes.

The name of an existing person conjures an instant image that negates the need for illustration—that is, for someone who gets the reference. When the Mayhem Poets mention Zac Efron, they know the millennials that fill their crowds will howl. 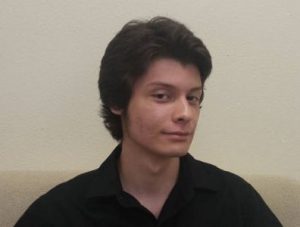 Beyond the constant vocalizations of hyped-up crowd members, the Mayhem Poets command significant audience participation. This is reminiscent of Coach Carter’s visit to Lakeland in which he successfully commanded the vast majority of his crowd to stand up and spin around just to say he did. In Muskies, millennials or perhaps Americans, there is an intense desire to subserve to the loud ones.

While, miraculously, the Mayhem Poets make no reference to President Trump, political views form the topics of several acts before receiving direct statement at the end of each one (i.e. “Stick together in this human race”). This is part of a concerted effort by the liberal arts community to merge poetry and protest—specifically, protest against the right.

When I went to the 2017 AWP Conference & Bookfair—the biggest literary conference in America—the skewed priorities of the modern creative writing majority became clear to me. Every speech, panel and free sample was a political diatribe that echoed the same ideals of outward diversity and inward conformity. Scott Raven of the Mayhem Poets is aware of this norm and steps around it by dedicating a large portion of his act to the fact that he is as white as Fluffernutter.

Poetry can be political, but first and foremost, it must be evocative. A pathos-heavy lecture that sometimes rhymes and repeats the word race does not bring much to mind, and while those who agree with the statements may find solace in them, others will not be convinced. The quickly-said and simple nature of such statements makes a Mayhem Poets show prime for like-minded individuals to turn off their like minds.

Less political acts are recaps of the presently-featured Mayhem Poet’s insecurities. While it sucks to have a list’s worth of generically-worded items one is afraid of like spiders, ghosts, heights, the dark and so forth (some are illegible), when I hear Mayhem Poet Scott Raven speak of such, I do not sense each item on that list. Instead, I see the list, perhaps pasted on a fridge.

In the words of the late poet Wallace Stevens, “Poetry is not personal.” It can certainly be birthed from tragedy or even a desire for sympathy, but it is not the nasty thing someone said to you when you were a kid. No one will ever get how you feel unless you make them experience whatever it is that happened to you. Poetry is understanding beyond knowing. It is a substitute for the senses.