Top 8 movies/shows with clowns to watch 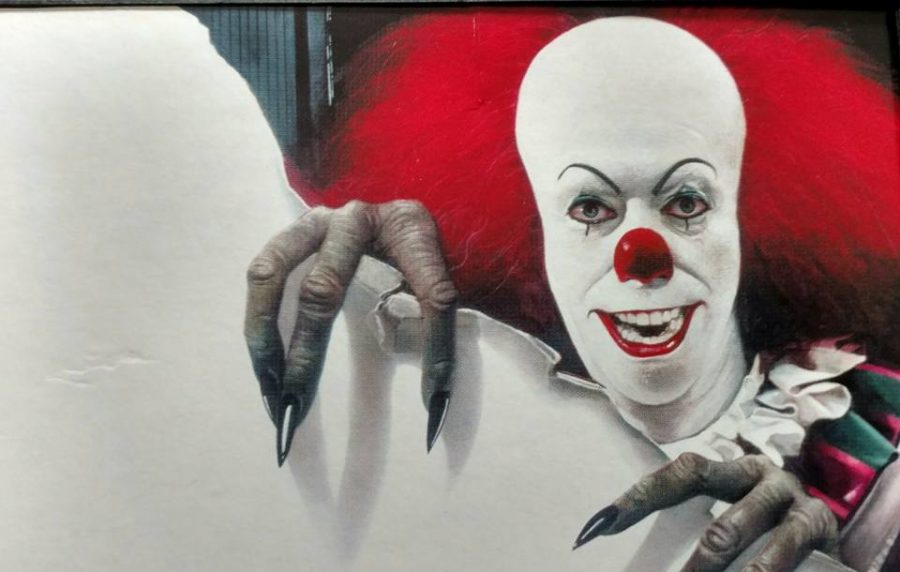 Pennywise the clown from "IT" as portrayed by Tim Curry.

If you aren’t completely terrified by the campus clown craziness and want to feed your imagination, here’s a list of some movies and TV shows to watch to not only fully immerse yourself in the clown culture, but also to get yourself ready for Halloween.

Watch at your own risk or amusement.

It’s Pennywise, need I say more? Fine. A demon takes on the form of a clown to prey on children. The character, created by Stephen King, is frighteningly clawed and fanged, and shows up everywhere from sewers to showers, in nightmares and in daydreams. This film is getting a reboot due out next September, so be prepared to have Pennywise haunt you all over again.

The title says it all and you should watch it for that reason alone. Aliens come from outer space and terrorize a small town in this movie, and they just so happen to look like some really messed-up clowns. There’s also a whole ridiculous circus premise, but as far as 80’s B-movies go, it’s one of the best.

3. “American Horror Story: Freakshow” – Episode: “Monsters Among Us” plus others.

One of the many ‘freaks’ in the fourth season of AHS was the deformed and murderous Twisty the Clown, a macabre version of the clown he used to be. With a backstory that’ll almost make you feel bad for him, Twisty is all the more terrifying.

What is creepier than a possessed clown doll that lurks under your bed? If it’s the doll from “Poltergeist,” not a whole lot. If you don’t want to take the chance of getting dragged under your bed in the middle of the night by said clown doll, don’t have a clown doll.

If you are already afraid of clowns, what would make one scarier? Perhaps a zombie clown, yes? This really ugly clown isn’t just chasing you because he’s a creepy joker, he also wants to eat your face off; combine those elements to elevate your fear to new heights.

Meet Captain Spaulding, a bald-headed clown who is part Uncle Sam, part Evel Knievel in costume, but loves blood and gore and runs ‘The Museum of Monsters and Madmen.’ He especially likes to take guests on what he calls a ‘murder ride.’ This all from filmmaker Rob Zombie, so really, what did you expect on the tame scale?

The Joker is a clown that, throughout film and television history, has been both funny and creepy to some degree. But Heath Ledger’s Joker truly takes the cake on the creep factor for his unsettling presence and with personality to match. That’s a clown I would not want to run into.

8. “The Return of the Killer Klowns from Outer Space in 3D”

This movie hasn’t even come out yet – it’s estimated release date is 2018 – but just the fact that it’s being made and because it’s from The Chiodo Brothers, who made the original movie, it earns a spot on this list. Plus, what can go wrong – the alien clowns return to earth to wreak more havoc. It’s round two of the “Killer Klowns,” and I’m certainly down for that.