No redemption in Trump’s words 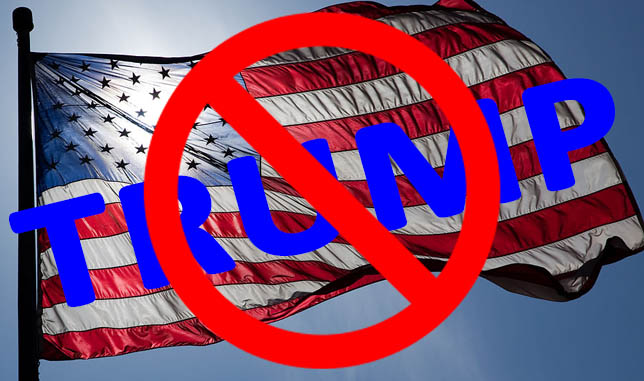 There has been a lot of talk recently about Donald Trump and his past comments that have recently surfaced from a hot mic in 2005 and was published by The Washington Post. This isn’t the only instance of Trump’s lewd linguistic history.

Many who have tried to defend him, even himself, have tried to brush it off as “locker-room talk” or by attributing such behavior to a ‘boys will be boys’ mentality.

Those who have pointed out the misogyny and blatant sexual harassment and assaultive behavior inherent in these comments are completely right.

There is clear reason to be outraged, to be offended, to be even more fearful of what could happen if this dangerous man actually ascends to the highest political office in our nation.

We, as humans, should all be offended.

As a woman, I am offended. Never mind how creepy the things he has said about his own daughter are, but to brag about forcing yourself upon women, about getting away with kissing them and grabbing their genitals, because you are a celebrity, is so far past wrong, degrading, disgusting and horrifying that words don’t do what he did adequate justice to how bad it is.

To think that any man, no matter his ‘status’ or ‘privilege,’ allows him to do such things is reprehensible.

And that is why I am further offended as a sexual assault survivor, because there is never any circumstance where that kind of behavior, whether talk or action, is OK.

Never is it OK to grab a woman, or any person, in a sexual way without their permission, and to further think you may do so because you are somehow more important than they are. It’s not OK and there is no excuse.

Not only is it an abuse of power and a disrespect for the female gender, but it is a display of predatory behavior. It is a telling of just how little he thinks of others and how much he thinks of himself and only himself.