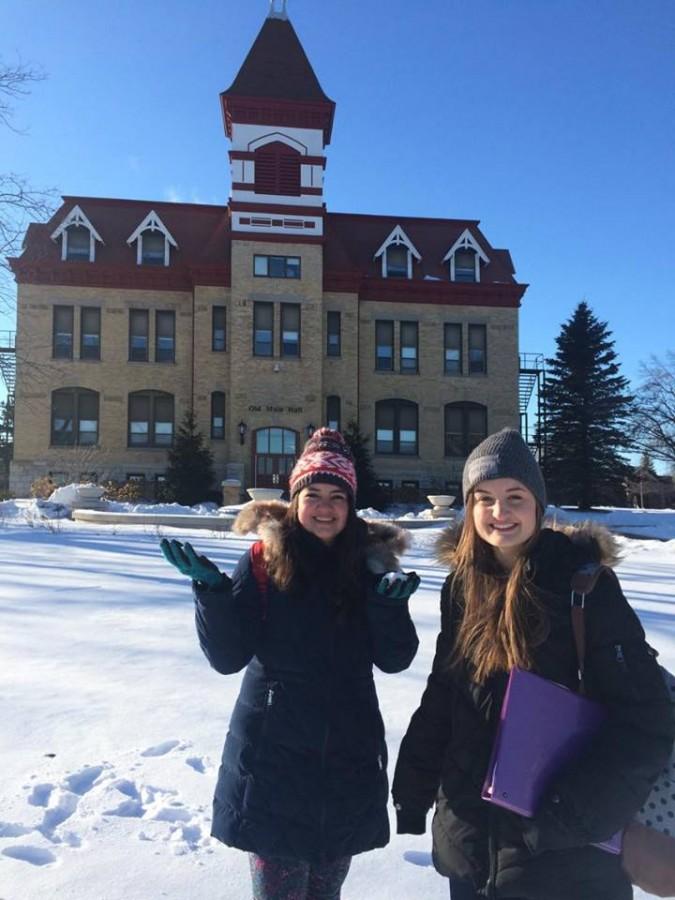 Seeing the white spotted clumps of snow for the very first time is one of many experiences three current Lakeland students have shared while discovering America.

Adjustment to this foreign place has been an experience of contrasts for many of these new students.

In Germany, Alexandra Dithmar, freshman undeclared major, explained that it is legal to drink champagne, beer and sparkling wine at the age of 16; however, the standard drinking age for all alcohol, including hard liquor, is officially 18.

Similarly, Rachel Mututi, sophomore business administration major, said of Congo, “The drinking age is not really strict like it is here … You can just go to any restaurant and say ‘I want this’ and they will give it to you and you don’t need to show your ID whether you are 16 or 18.”

This winter is Caballero’s first time ever walking in the frigid winter brought on by Wisconsin’s weather; he said, “I had never seen snow before!” He added, “I get excited when I see the snow. I went out and played and we took a lot of pictures.”

One aspect of America that surprised some of these students was the openness of religious beliefs expressed among their peers.

Dithmar explained how, in Germany, the younger demographic, if asked about their religion, typically will respond by saying they have none. In contrast, she said many people at Lakeland answer this question by saying they had some kind of moral upbringing or religious standard.

Another transitional adjustment for these students involved punctuality and eating times.

In Honduras, for example, Caballero shared how his regular dinner time lands between 7 p.m. and 9 p.m., opposed to Lakeland College in which some days dinner ends by 5:30 p.m.

Customer service expectations in American convenience stores were another service unfamiliar to these students.

According to Caballero, cashiers in Honduras not only bag your purchases, but the employees always bring your stuff directly to your vehicle. In Congo, Mututi gave a similar response about the services she receives in her country.

In contrast, the customer experience is much different in Germany. Dithmar described her surprised reaction as a Walmart cashier bagged her purchases for her, an unavailable service in Germany.

“Employees usually will not bag your stuff or bring it out to your car for you,” said Dithmar.

Before coming to Lakeland, Mututi expressed the perception she had of Lakeland College as being a ‘big’ school.

During her first few months, Mututi said, “I met some good people, but most of them just didn’t try. They look at you from a distance and they say to themselves, ‘she is not like us.’”

However, after some time, Mututi and Dithmar expressed how welcomed the professors made them feel not only as students, but also as those in the process of adjusting to life at Lakeland College.

“Americans are really open and friendly,” said Dithmar, of her continued time at Lakeland College.

Today, these students observe Lakeland College as a place of opportunities for atmospheric and intellectual growth, as well as a place of welcoming social interactions.