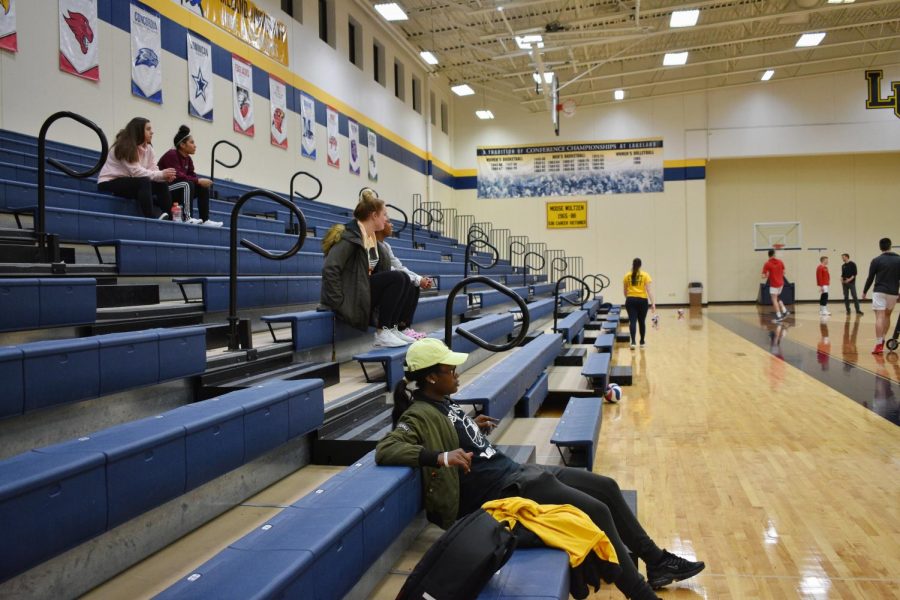 Lakeland University’s athletic games are considered to be well attended compared to other schools in our conference, however there is still room for improvement.

Adam Glatczak, the sports information director here at Lakeland, said that one of the ways Lakeland is trying to get more student involvement during games is by holding contests during halftime. During the halftime shows there are also performances, such as drum line, to boost morale for the team and those watching the game, making it a wonderful opportunity for the student body to cheer on their friends and classmates.

Shinpei Yano, a senior, has been playing soccer since elementary school. “I am a forward, so scoring goals is the most enjoyable part of soccer for me.” Yano later states, when asked about how the audience influences him, that, “I am a little nervous, but I try to meet the expectations of the audience while playing.”

Glatczak stated that the reason why our athletes and coaches want a larger part of the student population and more people at games is because, “Larger attendance numbers or crowds at games generally help in creating a more intimidating atmosphere for road teams. I think many coaches and athletes would also say games with bigger crowds are more fun to play in, and it makes the teams feel good to be supported.”

According to Glatczak, “Improving attendance at schools our level is always a challenge, and I think we actually rank fairly well in football and basketball amongst schools in our conference (the Northern Athletics Collegiate Conference). Lakeland is challenged in that regard just by the small size of our student body on campus, but it is something on our radar that we’re looking to improve.”

Variables that can be a hinderance to the attendance of athletic games include factors such as classes and class scheduling, work, or other activities that take priority in any college student’s life. This is well understood within the athletic department, and Glatczak states that, “We just have to keep encouraging people to come out and support our students, and also from an athletic standpoint, try to make events worthwhile and enjoyable for students.”

Lakeland’s attendance numbers can currently be found at www.lakelandmuskies.com when “statistics” is clicked on under any sport. These numbers are all approximated. It also shows who the teams were playing against.