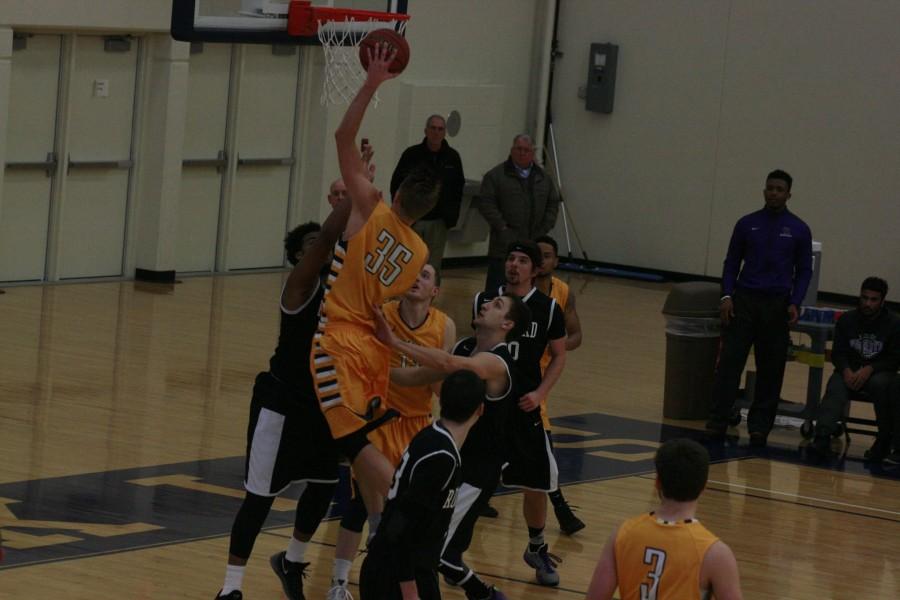 Tanner Hackl, senior graphic design major, goes up for a shot against Rockford.

At halftime, Rockford was ahead 41-35, but the Muskies rallied in the second half for the win.

As a team, the Muskies shot 52.9 percent from the field.

The Muskie men’s next home game is Saturday, Jan. 23 against Concordia University Chicago at 2 p.m.