From shooting guard to second base 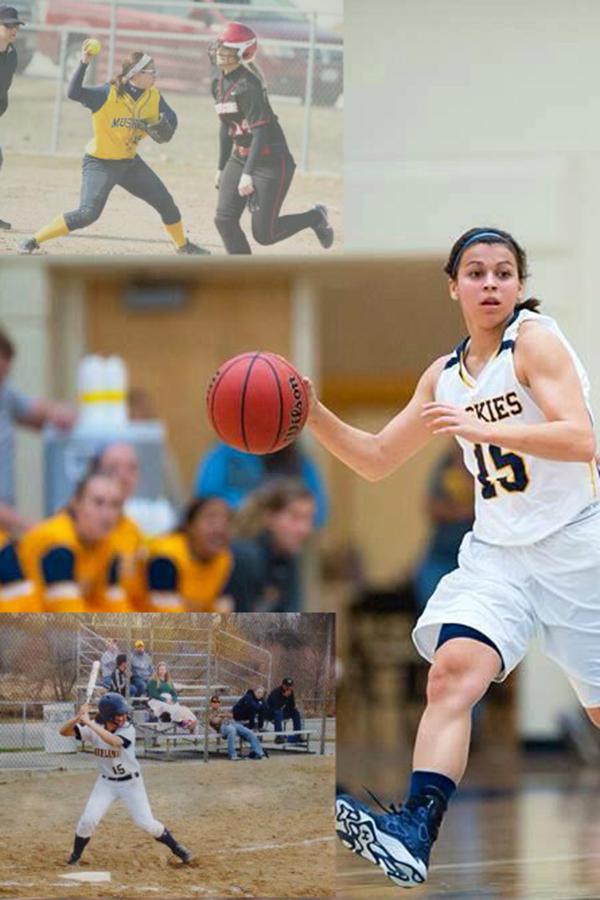 Bailey Grayvold plays a variety of sports at Lakeland College.

Being a student-athlete means one must have balance; it is very similar to having two full-time jobs that are constantly conflicting. Being a student at Lakeland is not easy, and when there is the pressure to remain consistent at practices and games, it can be a little too much to handle; however, students have been doing it for years.

Bailey Grayvold can now add her name to the list. She was a shooting guard for the women’s basketball team in the winter. She averaged seven points a game while shooting 36 percent from the field. The season did not turn out the way that she hoped, ending early for the Muskies with no appearance in the conference tournament.

The basketball season ended, and so did Grayvold’s athletic career for the year, or so she thought.

“I wasn’t planning on being a dual sport athlete in the beginning,” says Grayvold. “However, I knew it could be an option for me.”

“From the first time I took the field to walking off the field in my last game as a senior in high school, I knew that I loved it, and I wasn’t ready for it to be over,” says Grayvold.

When asked what sparked her sudden interest, Grayvold responded, “Once college basketball started winding down, I knew that I still had a love for softball deep down, and I knew I had to be back out on the field.”

The transition was not the easiest though.

“Some days it does get tiring from practices, doing individual basketball stuff on top of softball and school, but I do it because I love it,” says Grayvold.

Grayvold is a basketball recruit. When it comes down to which sport she loves the most, she would pick basketball, but she quotes Athletic Director Nate Dehne when she says, “Competitors have got to compete.”

That’s one thing all athletes have in common. No matter the sport, they keep competing.