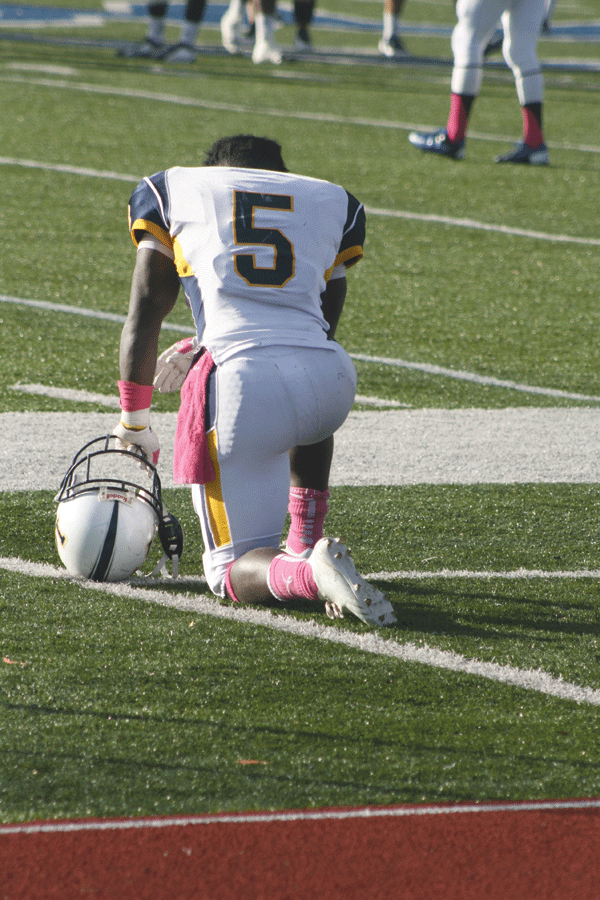 The Lakeland College football team has been fighting through ups and downs, but came up just short in its bid to take control of the NAAC conference. Despite taking a 14-0 lead in the game, they ended up falling in the Cheese Bowl to CU-W 45-28. This loss bumps the Muskies down to second in the conference, and they now need help to win the NAAC. Unable to roll to their fifth straight win, the Muskies must now win out if they’re to have any hope of a NACC championship.

This explosion of offensive and defensive pressure was too much for the Muskies to overcome despite an offensive burst of their own in the last quarter. Dylan Van Straten led the team with over 400 yards combined passing and rushing. In total, the offensive managed to muster up 519 yards of total offense, showing their continued explosiveness. Kezlow Smith had yet another huge game, racking up 141 yards on six receptions. This sophomore is showing strong signs of talent and is playing like Terrell Owens for the Muskies. The offensive line also showed why the offensive has been so productive, and completely dominated the Falcons’ defensive linemen.

On the defensive side of the ball, Yaphay Harvey was an absolute terror, racking up over 13 tackles. This season has been very good for Harvey, and he is helping to strengthen the defensive backfield. Trevor Tanck had another dominant game from the defensive line; he managed to snag nine tackles, including a forced fumble. Coupled with the emergence of Jake Lefleur, the Muskies have been putting on significant pressure through the defensive line. Despite the strong effort, the Muskies’ defense had a tough time slowing the Falcons’ high powered offense.