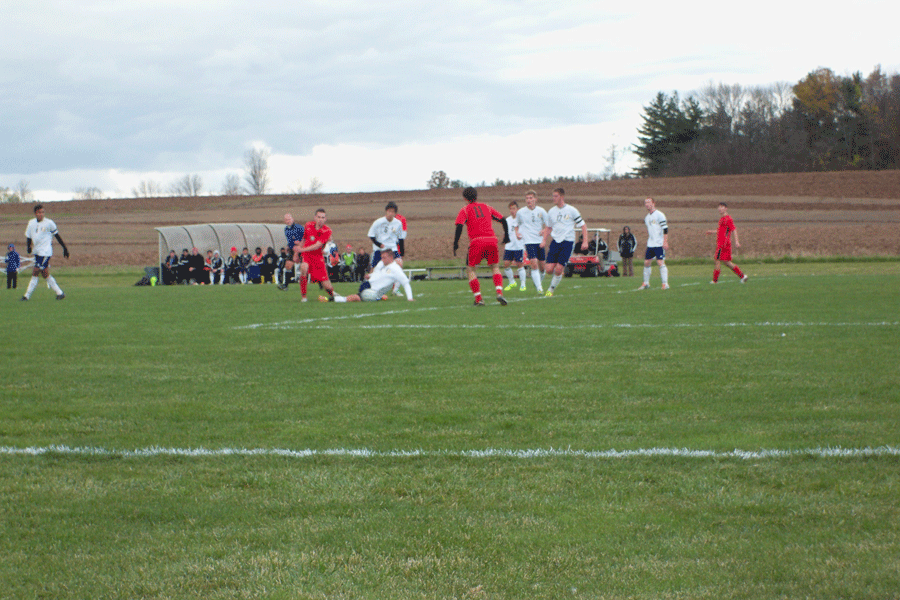 Sports teams always have interesting dynamics; they combine people from different backgrounds, ideals and morals. The Lakeland College men’s soccer team goes one step further in having members from several different countries. The Muskies are an example of how people from completely different countries can bond over a common goal and interest.

When recruiting for collegiate sports, most colleges try to recruit the best talent from the surrounding area. While the Muskies have their fair share of homegrown talent, they tipped this formula on its head by including international talent.

Fielding players from Mexico, Brazil, Japan, Chile, Cameroon and Columbia, these Muskies have created a melting pot team that is unique and efficient. The team is an inspiration to the campus in showing that we are all the same, regardless of color or creed.

Senior Paul Elzinga said, “[After] incorporating this diversity, our team has only seen progress. I have learned so much more about the game by playing with these kids. The international students also bring spirit, passion and kindness to the team. [Diversity] holds and has been holding our team together.”

This has created some interesting scenarios with the team, but sometimes social and moral victories are more important than the scoreboard. That is not to say that these international student-athletes are any slackers on the field, they can straight out play with the best of them. Renan Asato (Brazil) and Mirko Tadic (Chile) each have shown flashes of talent, and both have totaled three goals so far this season.

This year’s season has not been what the Muskies had hoped for, but sitting at an 8-8-1 record is a significant improvement over previous years. The Muskies still have several games left on the season, but they have already succeeded in one goal: unity. They have taken people from all different backgrounds and through blood, sweat, and tears have become a team.