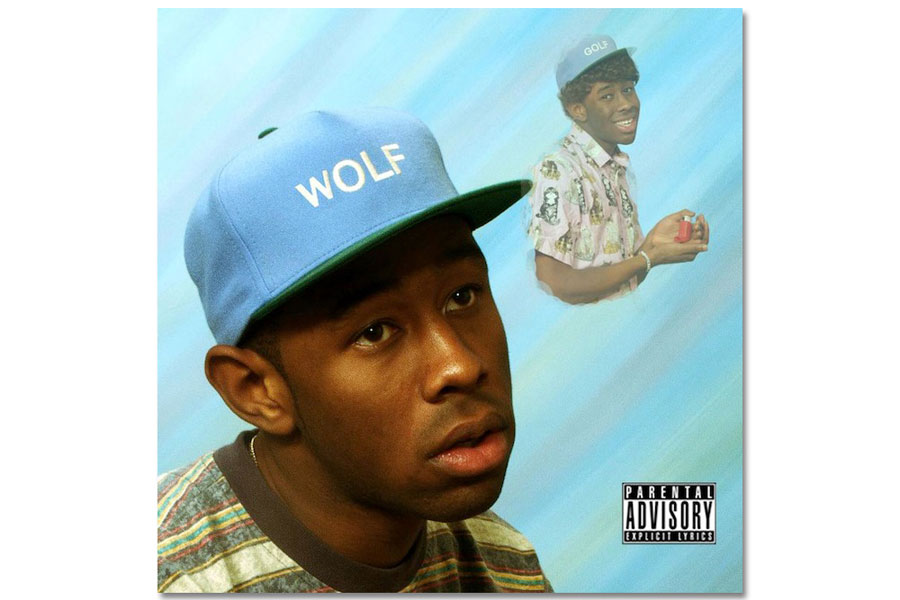 Tyler, the Creator has maintained a rap career based upon the tenets of shock value mixed with extreme amounts of potential. Wolf is his third album, and fits into the story arc seen in his past two albums along with “Sam is dead” off of Odd Future Vol. 2. This overarching story seems to give us an insight into the subliminal nature of Tyler’s consciousness, and his exposure of the deepest and darkest thoughts that we all have yet failed to vocalize.

Coming into Wolf there was a significant amount of hype to see if he followed in the same direction as Goblin, or if he reverted back into the style that he exhibited in Bastard. The simple answer to this question is yes, he brings back some of the past stylings of the past while progressing somewhat into uncharted waters.

From the moment of the first beat drop, you can immediately acknowledge the production value of the album. While not exceptional in any sense, the production value on the album is higher than most Odd Future projects. The use of many high-hats contrasted against dark bass lines allows for elegantly disguised dirty beats.

Tyler once again wonders into his unusual lyrical style, contrasting homophobic, violent, depressive, political, and love emotions. This combination is very interesting, but in some ways really misses the mark. With Earl Sweatshirt emerging as the most prominent rapper out of Odd Future, it seems that Tyler has settled for simply maintaining his tenets as an artist. While Tyler possesses the most unique voice in the entire rap game, he has not terribly evolved his style as an artist. While it might be hypocritical to criticize him for a lack of progression while praising him for maintaining the same style, Tyler could really become one of the premier artists today if he managed to fully take advantage of the limitless potential that he possess.

The overall highlights of the album are Domo23, Colossus, and Rusty. But these tracks are not all of the best parts of the album, but because of strange styling of the tracks it is very hard to fully embrace some of them. Bimmer was the single most interesting part of the album, yet it was hidden at the back end of a seven minute track. Building on this, the way in which the tracks are ordered really confuses me, as it does not nearly flow as well as it could have. Instead this creates an awkward stream of songs that do not properly fit, almost like as if they were puzzle pieces shoved into any location that they would remotely fit.

I have been extremely critical of this album, but in the end this is a good album. This is my largest issue with the album; it never really lives up to the hype of the potential that it had. Tyler has established himself as one of the biggest rappers today, but he has not yet evolved into one of the best rappers of the age. While he has a vast amount of potential, it is becoming more apparent that it probably will never be realized.