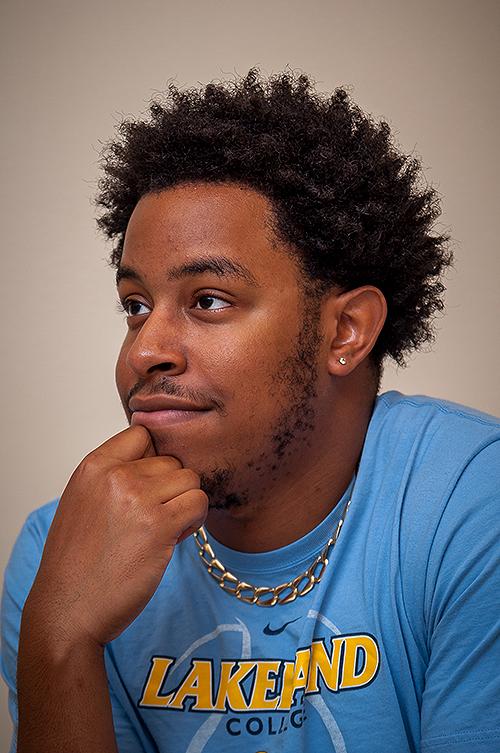 My blackness is something I take pride in; something I take joy in. I wake up every morning and smile in the mirror, looking at my appearance, picking out my afro and feeling confident about myself.

But there was a time when I didn’t think or do any of that. I would look at myself in the mirror and be disappointed. I wasn’t self-aware. As time passed, I learned from the jokes of my peers and the school system as a whole that I didn’t fit the typecast as a typical black person, so I conformed.

I stopped watching my favorite cartoons and started watching basketball games and football games and the latest music videos; things that never really interested me. My speech pattern changed to mostly exaggerated cuss words and worst of all, I stopped reading. It was an act of survival, because when you show the world who you really are and you aren’t accepted, it hurts. It’s akin to explaining something you love to uninterested people. Now try doing that in a world within a world.

I write this in response to those who think being black is a personality and not a birthright. You are a hindrance to our race, to our culture. You anger me and set ablaze a fire in my chest that could melt steel because you (and those who impose these factors onto all of us) make it hard for a black person in America to be themselves. We are already not accepted by the majority of this country, and the last thing we need to be is to not accepted by you, our brothers and sisters.

So what if they don’t watch generic or stereotypical shows that seem to have a say in whether or not they are black? So what if they like Anime and comic books? So what if they ‘speak white?’ How dare you limit how grand and intelligent our ancestors were to this feeble English language.

We are the descendants of those who were the first intellectuals. We are the original everything, so why do we conform to the standards of copies and negativity?

To the conformers: stop it. You don’t lose your blackness because of what you enjoy. You are black. End of discussion. Anybody who treats you differently and claims otherwise, especially if they’re black, is no better than the white supremacists that would hang you in a heartbeat if it were legal.

To my fellow African Americans on Lakeland’s campus, I’m holding you to the highest standard. You don’t have to become friends with people just because of their race, but I do expect you to have each other’s back more so than not. We are all tiger stripes; similar, yet different at the same time. So act like it.