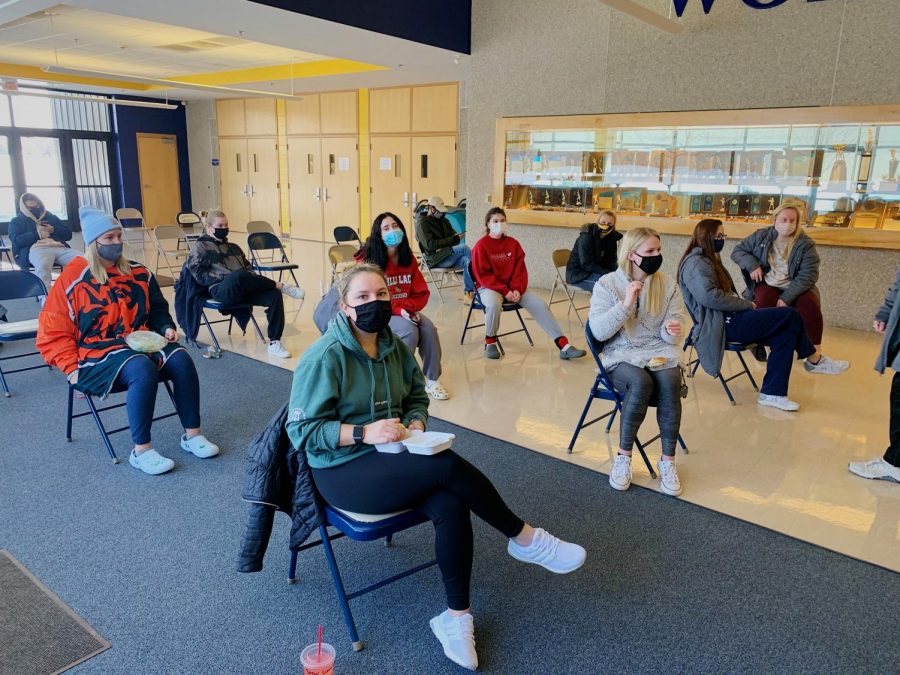 Lakeland University has decided that the outdoor sports being Football, Baseball, Softball, and Men’s and Women’s soccer and a few more will be able to have fans in the stand but only 250 people in them.

Understanding that men and women’s basketball was not able to have any fans, this shows that some sports are allowed to have fans but not others. Now some might say that, there are fans at those sports because they are outside, but in the article that Lakeland has sent to everyone it states, “remaining tickets will be available at the front desk of the Wehr Center (men’s and women’s volleyball).” So, that means these two inside sports can have fans, but the other inside sports were never able too.

Student Aaron Jacobs, a men’s basketball player, added a comment to this article that was shared, “I wish they would have allowed us fans at our homes games or given each player a limit of two tickets to give to family members or friends.” But instead Lakeland expressed that there could not be any fans for inside sports, but now will give tickets to the volleyball programs. Also, the fact that Jacobs had expressed that men’s basketball team was tested four times a week, and both teams had to be tested before playing, that limited number of fans should have been allowed.

Fans are an important aspect to all sports, and they make the atmosphere.  Not seeing fans at basketball games, was a rough year for the sport, because that is a sport that completely thrives off fans that are there with them. Another student athlete, Josh Kofoed, expressed his idea of fans at only some events, “As an athlete, I definitely want to see fans. Some people thrive off the atmosphere. It helps with competitiveness, boosts of adrenaline and much more. Having fans allows for recognition as well. Having fans is just part of sports, it’s what helps make the sports the way they are.”

Kofoed also explained the way he felt for sports, “All sports are being played in the spring, some were a little earlier like basketball and there were no fans but as soon as volleyball starts, there can be fans all of a sudden? …  [E]very sport should be treated the same. If this pandemic was as serious as we make it seem, there should be no sports in general.”

Having two different athletes express their feelings towards this, shows that they both want to have fans for sports but all the sports. Not just sprinkled here and there where Lakeland felt like they could be at a safe distance, even though the students know that they want to be close with their friends so most social distancing is not of the question.

Watching sports without fans is just a sad sight to see, and that some sports are allowed to have fans to come to their sport and not others shows that maybe Lakeland thought those sports did not need fans and  these other sports do.