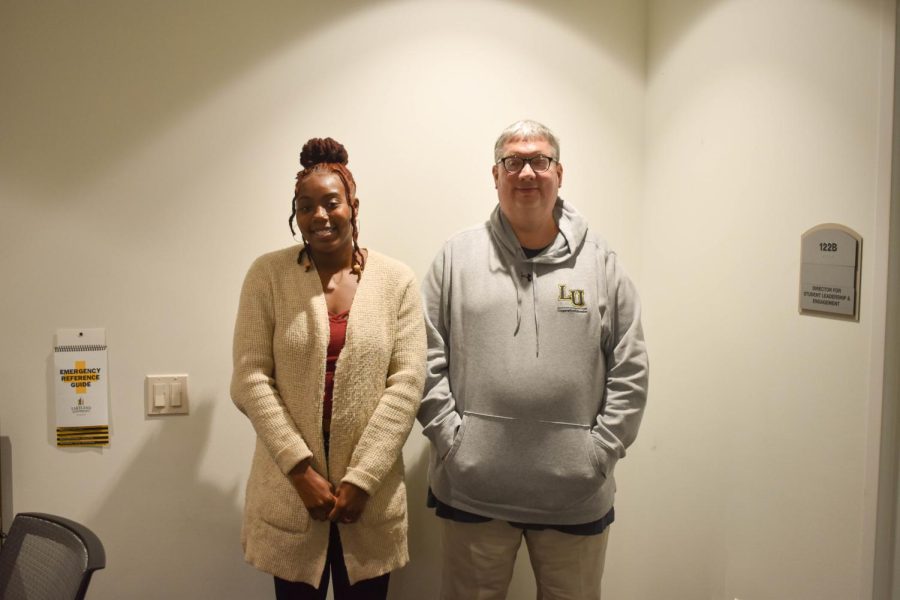 One of the most honorable Greek Goddesses, Athena, is known for her wisdom and protection over cities. The Athena Award, established by Athena International, is dedicated to recognizing those who follow in the footsteps of Athena. Nominees and winners of the Athena Award demonstrate excellence, creativity, and initiative in their business or profession. This year, Lakeland University proudly recognized two nominees for this prestigious award—Le’Shay Guy and David Gallianetti. On Thursday, November 11, 2021, it was announced that David Gallianetti won this well-deserved award. Le’Shay Guy was also nominated for the Athena Award.

Although honored to receive an Athena Award nomination, David Gallianetti humbly insisted Lakeland has many more deserving individuals. He stated, “We have so many women at Lakeland and in this area who are role models for their peers and for women who are just getting started in their careers or are still in school’. David’s humility is just one of the many things that make him so deserving of this nomination. Although Le’Shay did not walk away with the coveted award, she landed in the top five. Le’Shay stands as one of the youngest nominees in Athena Award history. These nominations represent the many great accomplishments of Lakeland University’s finest.

According to Athena International, the winners of these awards are amongst many influential individuals, including university presidents, human rights and social justice activists, philanthropists, actors and celebrities, athletes and Olympic gold medalists, members of the U.S. Congress, senior military officers, U.S. Supreme Court Justices and public health advocate. For more information on the Athena Award please visit Athena International at https://www.athenainternational.org/.