Real LGBTQ+ allies or not? 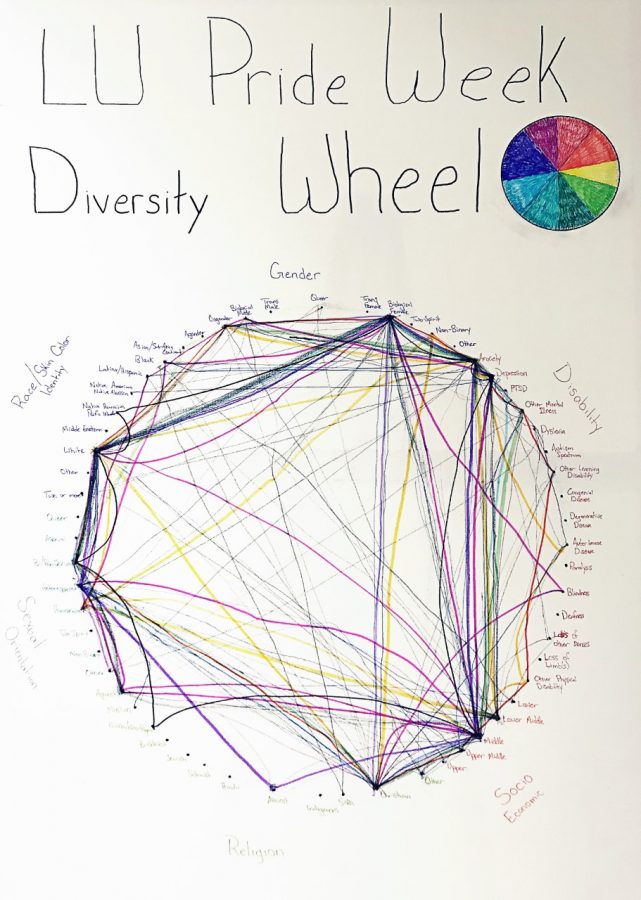 Rainbow flags and rainbow colors have always meant something for a whole community, and finally here at Lakeland we will support them – the LGBTQ+ community.

Lakeland is a campus that tries to include everyone, but sometimes it is hard to help everyone and even if they try, they just do not do enough for some communities on campus.

College is usually the place you can find your true self if you have not in high school. It is the place where you should be able to be yourself and have people who are there to support you. Lakeland University is new to this and the only reason that they have started this is because of a group of students on Lakeland’s campus who wanted to bring awareness to the LGBTQ+ community.

Talking with Tali Coleman, he explained that, “he wishes that Lakeland would do more promoting and spreading awareness and that they would show that they care about people and communities on campus.”

Lakeland University put on Pride Week last week with the help of a few students and tried to involve the whole campus.

Pride week was an all week event because of the support that is needed for our students. Supporting everyone on campus would help everyone be more involved together.

Some of the events this week were a movie night, diversity wheel, and writing positive messages. There was a webinar that Al Kohls gave on Oct. 22 that students could have went to, as well. The webinar was about LGBTQ+ triumphs over the last 75 years for (queer) human rights and the four major sections landmark litigation including: marriage equality, LGB rights, Trans rights, and safety and nondiscrimination.  Also, if you went to three different events during the week, the first 100 students could get a free shirt. Some of this seems not important, but these students are trying to get more support on campus and make everyone aware.

Coleman also explained that the reason he wanted to bring pride week to Lakeland was, “To make sure everyone gets a better understanding and spread awareness to everyone. We are human, too. Some people say all they see is that we are not normal, but we are normal, and we are human. I want to promote and support the people on campus who are in the LGBTQ+ community.”

People think that it is okay to act a certain way to people who identify as LGBTQ+ and it is not okay to act that way around people because like Tali said, everyone is human. We all are human. Everyone should be able to be who they are and feel comfortable in their own skin on campus and in the real world.