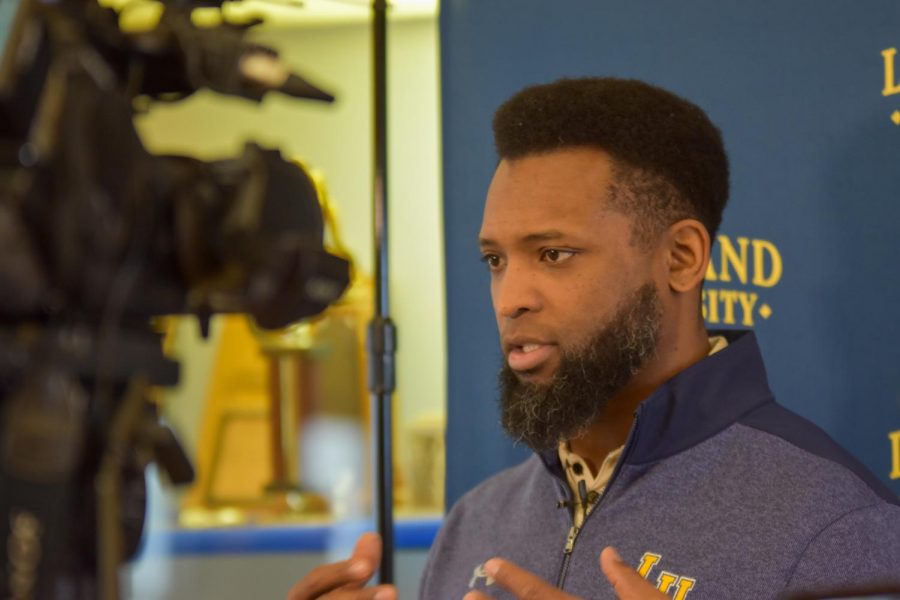 Video gaming has become a form of entertainment that almost everyone has used at some point in their life. For Green, it has been with him since he was a kid. He was born in 1977 in Nebraska but moved to Los Angeles with his mother to live with his godmother at the age of four. It was in 1984, around the age of seven, when Green started playing sports and video games.

“When the Nintendo came out, I was lucky, and I was good enough to get it for Christmas. Video games were much cheaper back then, so I was able to get a handful of games. I got “Gyromite, “Super Mario Brothers,” and I even had the gold cartridge edition of “The Legend of Zelda,” Green said.

As Green was finishing up junior high, he moved back to Nebraska. This is where he would win the championship in his freshman year of football. Even so, video games and sports were neck and neck at the time. “I would go home after practices and games and play my Nintendo to unwind,” Green added.

By the time he would graduate from high school, he had been awarded a scholarship to the University of Nebraska. It was around this time that the PlayStation had first been released. Green quickly jumped to the PlayStation and started playing games like “Tekken,” “Mortal Kombat,” and of course, “Madden.” It wasn’t until he made it to Green Bay that he found his favorite game: “Halo.” “When the Xbox dropped, I was blown away. I thought I was a PlayStation guy, but I had to switch. ‘Halo’ is by far my favorite first-person shooter,” he explained.

After retirement, Green started pursuing his interest in gaming much further. He went to conventions and shoutcasted for the popular team Eunited during a “Gears of War” tournament. He met a semipro at the time named Milkshake at another gaming tournament. “He was bringing his own equipment such as monitors and keyboards, which was legal, of course. This was just the same as me in my sport. I did what I had to do to win, and he’s doing what he needs to,” Green explained.

Green heard about the job at Lakeland through a friend who was a former faculty member. Green had been looking for a coaching position for a while. Then his friend called him up and said Lakeland had recently formed an esports team and was looking for a coach to run it.  He jumped at the opportunity stating, “As soon as I heard about the opportunity, I was ready to lock it in, I took a tour, and it took me a weekend to say that this is what I wanted to do. It has been about a week, and everything is going smoothly. Now, the next step is getting this arena ready to use. Not just for the team, but for everybody on campus.”