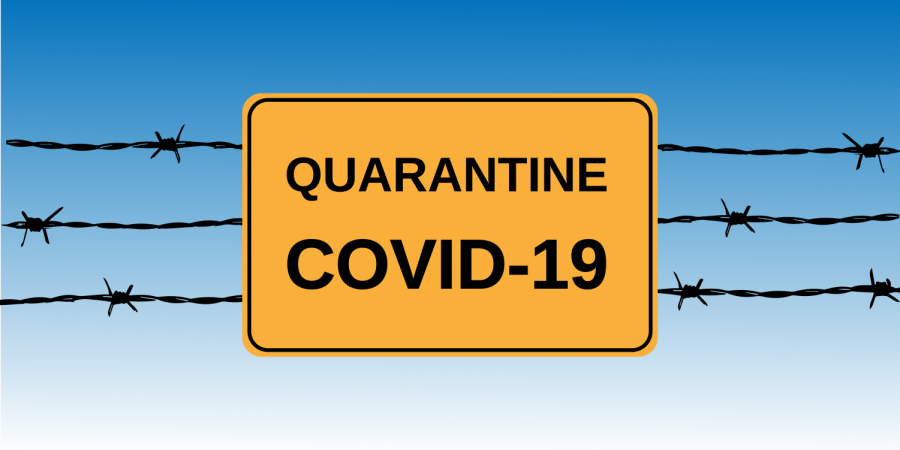 Lakeland is having a difficult time keeping cases of COVID-19 down on campus, and with only two weeks left, going into lock down was the only solution. However, for students, the decision created many other challenges.

Lakeland had a great fall semester with keeping track of COVID-19 cases around the campus, but it only takes a few to infect many and that is what caused the quarantine. This meant people were not allowed to leave their rooms, they had all meals delivered to them, and even campus security was patrolling the campus to make sure no one was outside of their dorms.

One student on campus had to go into quarantine because she was sick, and her words are hard to hear. “The first day in quarantine, I was forgotten about, so I did not get any meals delivered to me. Good thing my friend made me a care package because Lakeland forgot,” explained Desiree Harhay. “The food they brought after that, was food I could not eat, like milk and hot wings. I cannot have milk because I am lactose intolerant, but they did not listen as they kept bringing me milk. I just wanted foods that you would bring sick people like soups, but instead hot wings.”

Another Lakeland student was surprised by the lack of time that the students had to get prepared. “It was more like they dropped a huge bomb on us and did not give enough information to us before they did it,” said Justin Adame.

Some felt like Lakeland was not prepared for students to be quarantined because, “We could not even go outside, which is hard to think about because even people in jail get to go outside, but we were locked down into our dorms, which caused more issues because everyone would try to sneak into others rooms because they were bored,” Adame said. It’s hard to imagine being locked in your dorm room for almost two weeks and not being able to get fresh air, or even do your laundry.

Despite these challenges, faculty received praise for their response to the shift. A student on campus had a few words to say about how the classes were ran after that. “The professors were understanding in everything that was happening, and they had to make a lot of adjustments. Most of the stuff we ended up doing was reading a chapter from the book, and then doing discussion posts for them, instead of going in person,” explained Jaylen Rido.

Lakeland professors were mostly on top of it, but there is much the campus still needs to work on if they intend on bringing students back to campus in the spring.