Black Is No Longer The Minority 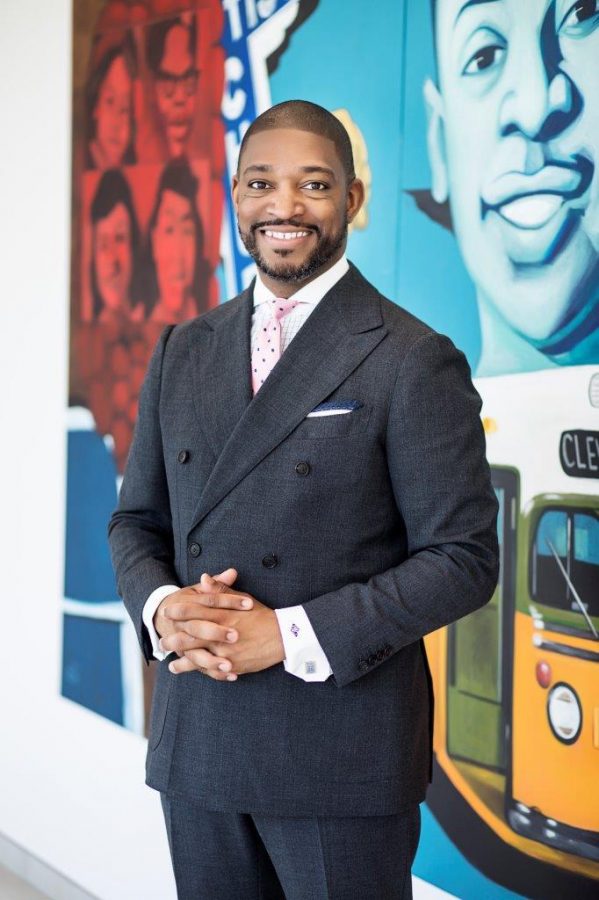 For over 400 years, the world has continued to cling to a mindset of white supremacy. There are still people who rationalize their morals, their reasoning for this self-perceived superiority over a minority. However, the black community is no longer a minority, and they want to be heard.

Last week, Lakeland Reverend, Julie Mavity-Maddalena, and Director of Multicultural Affairs & Student Engagement Advocate, LeShay Guy, invited Lakeland students to listen in on Reverend Dr. Starsky Wilson as he spoke of his personal experience as a member of the black community and his experience with black death.

Rev. Dr. Wilson, president and CEO of Deaconess Foundation, expressed deep passion and concern for black communities as he described his experiences with black oppression.

“One of the organizations we work with had an incident to happen at their offices,” said Dr. Wilson. “I was called as a pastoral figure…as one who supports them because the police had to be called to the site…I was called because they were concerned because of the posture of the police and they wanted a pastor. They wanted someone who cared for them to be present…Someone who had some sense of authority and privilege in community that could be held over the actions of the police.”

Even places of healing are considered a risk that others should be aware of. Medicaid is disproportionately available to people of color, making health care access difficult.

“…there is also the issue of implicit bias,” said Dr. Wilson. “The doctors and nurses in hospitals actually cause less care because they do not identify with black and brown people. So, they are less likely to treat them as they would have treated their own children.”

Many other issues have taken place across the country involving the oppression and injury of the black community. As a result, organizations such as Black Lives Matter have become more prominent in the news just by association.

Black Death has also become an even bigger topic of discussion. Everyone processes death in their own way, however, it’s not always a good one.

“Frankly, I’m not sure what one could do to be credentialed in processing black death,” stated Dr. Wilson.

Black death has affected the world in many ways and continues to bring people together. Truths are being revealed about the injustice of the systems implemented in the country.

Not just hospitals and police, but also voting, politics, school systems, and many others.

“…this health crisis of anti-black racism is deeply structurally embedded in all aspects of American life and is enforced by the criminal legal system and its police,” said Dr. Wilson.

Every person of color is at risk, they live their lives knowing one day something might happen. According to Dr. Wilson, this is why awareness is one of the most important things to have.

“When one lives in risk, when one lives in danger, I think it is best for one to know of the dangers. Which is why it is critical to have conversations like this,” stated Dr. Wilson.

To hear more in detail about all that was discussed during this lecture, please use this link to get to the ”Lakeland University Mission House Lecture 2020” video.