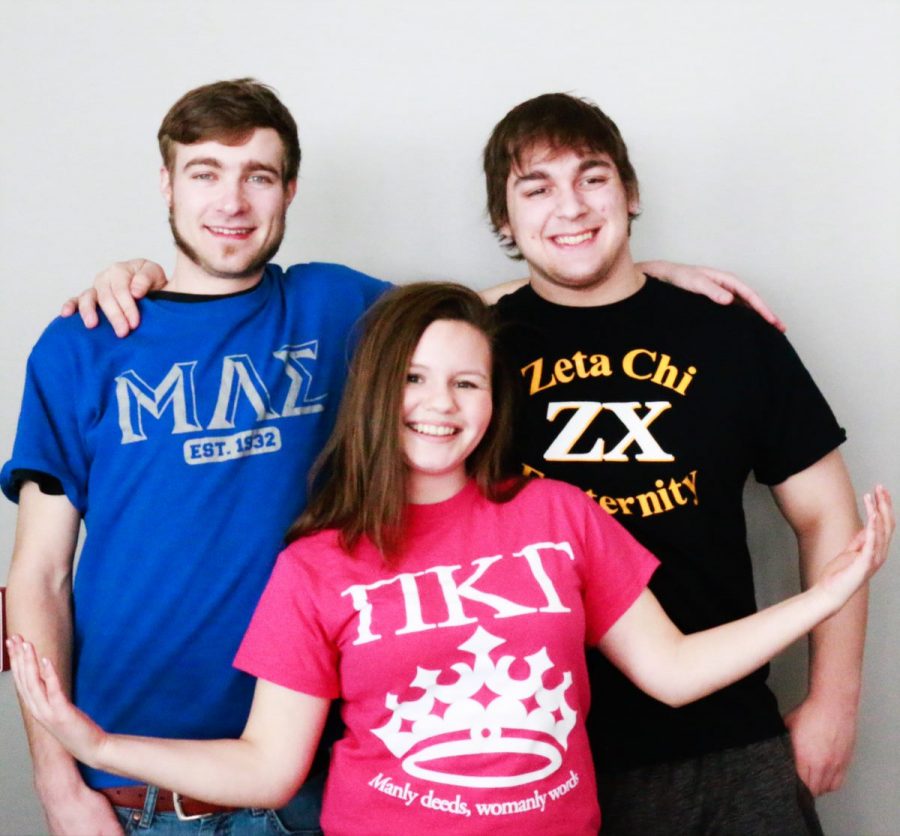 The spring semester rush week (2/18-/2/23) was considerably more successful this year than last semester despite the weather and a Tuesday cancellation. Historically rush week has been one of the best recruiting tools for Greeks on campus. Curious students can bond with the members of different fraternities and sororities, and potentially receive a bid to enter the organization.

When turnout is low during rush week events the few attendees can feel intimidated by all the Greeks, so keeping the turnout high is an important topic in the Inter Greek Counsel. Michael Grabe, the president of IGC and active Zeta member commented, “While it was a better turnout we would love to have bigger sets of numbers. I feel as if there needs to be a change to some of the events that we do”. This means students can look forward to some event changes in future semesters.

The allure of free pizza has generally been a fail-safe for Greeks to begin the process of getting to know new students. One of the few problems, however, is that pizza often only captures students’ attention for so long. Grabe mentions, “At this point a pizza night is really just bringing people out to eat pizza, nobody really comes out to get pizza from a specific organization”. To solve this problem, Skylar Garza, a new active member of the Pi Kapps, brought up that they could combine “pizza night with game night just to eliminate the people that are just coming to get free pizza, and get more people that are coming for pizza and then are willing to stay for a bit and hang out with us”. The game night was the Tuesday event that was cancelled because of the weather.

Wednesday night was bitingly cold for an outdoor smoker, despite this, a decent crowd was gathered outside of the Zeta suite for some stogies and camaraderie. Michael Grabe was one of the attending Zetas, he commented: “We had a decent amount of people sitting outside smoking, even though it was cold as hell. People were inside playing pool, playing the arcade machines, and looking at the pictures and stuff we laid out”. The smoker is generally less about the actual smoking and more so about letting potential pledges see the organizations suite and memorabilia. The environment is more relaxed and oriented on having a few hours with the students to answer questions and connect.

The last event of rush week was karaoke in the Lakeland pub, which had a reportedly excellent turnout. After about 5 to 10 minutes of dead air a few students broke the ice and the rest followed suite. While karaoke may not be for everyone it has traditionally yielded the highest turnout and will potentially be moved to earlier in the week’s agenda in the following semesters.

Greeks have been a part of the campus life since 1932, many things have changed since then and many more changes are yet to come. If you attend rush week events be sure to give the Greeks feedback so their organizations can continue to thrive.