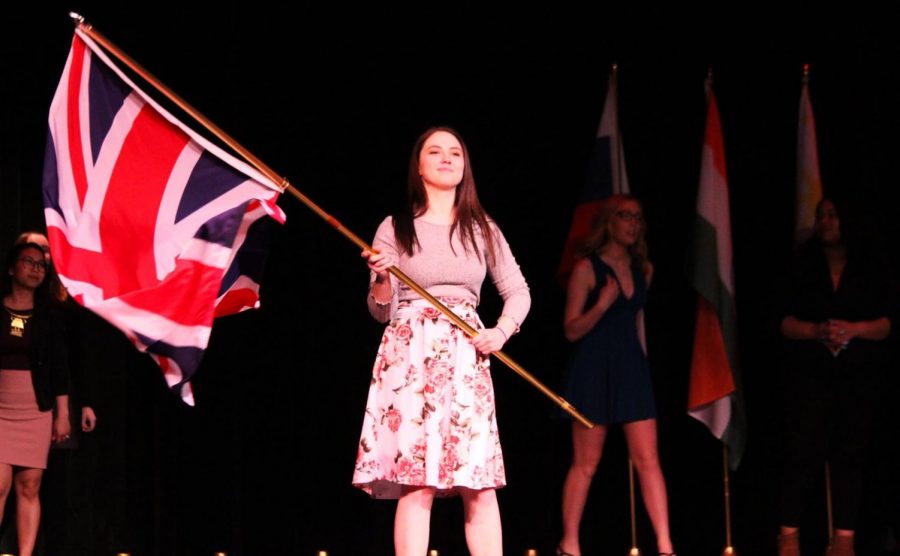 On Apr. 19, the Global Student Association put on its 13th Annual International Night Celebration, giving the audience has the opportunity to learn a bit more about the cultures at Lakeland.

Lakeland’s Drumline performed twice during the show, representing America. Their first performance was one led by Zach Mock, who incited a “drum-off” with another member of the Drumline. The second performance was led by Elizabeth Hanson, who called out specific numbers that were assigned to various people and their instruments.

One student from Vietnam performed comedy about his own country, reciting Comedian Angelah Johnson’s nail salon bit, among others.

Rick Dodgson, history professor at Lakeland, performed three songs to represent England. His first song was “Apocalypse, Baby,” a song that he had performed the previous year, but sang again citing popular demand. The second song was much slower and dedicated to his wife, counselor Alex Liosatos. The final song was one the audience was very familiar with called “Oh, Lakeland.”

Along with International Night comes the International Fashion Show. Many students went out on stage dressed in the apparel that can be frequently seen in the countries represented.

Towards the end of the show, Lakeland students performed the Japanese fisherman dance, the Soran Bushi. The dance is a longtime staple of International Night.

The night finished with a performance of the song “This is Me,” where all those involved with the show went on stage to sing along.