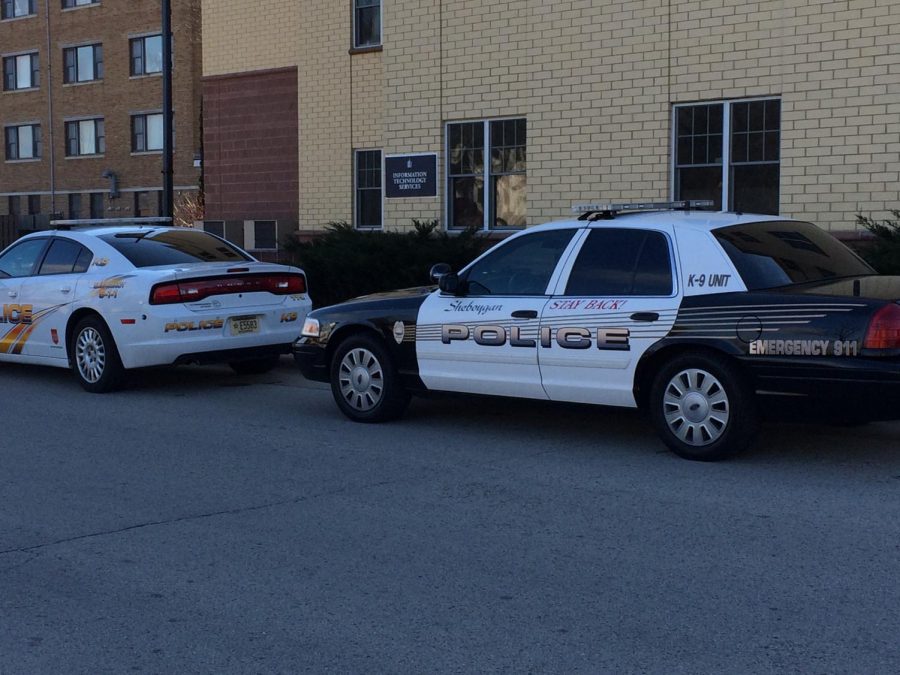 Law enforcement vehicles stationed at Lakeland on the morning of Dec. 6.

The case details regarding the Dec. 6 arrest of a student during a police exercise at Lakeland have been released.

Newton-Reinert was arrested at approximately 9 a.m. on Dec. 6. At the time, members of several municipal and county law enforcement departments were present on Lakeland’s campus for a K-9 training exercise.

The exercise took place in residence halls across campus. According to Director of External Relations David Gallianetti, Lakeland officials and law enforcement mutually scheduled the session as one in a series of training exercises.