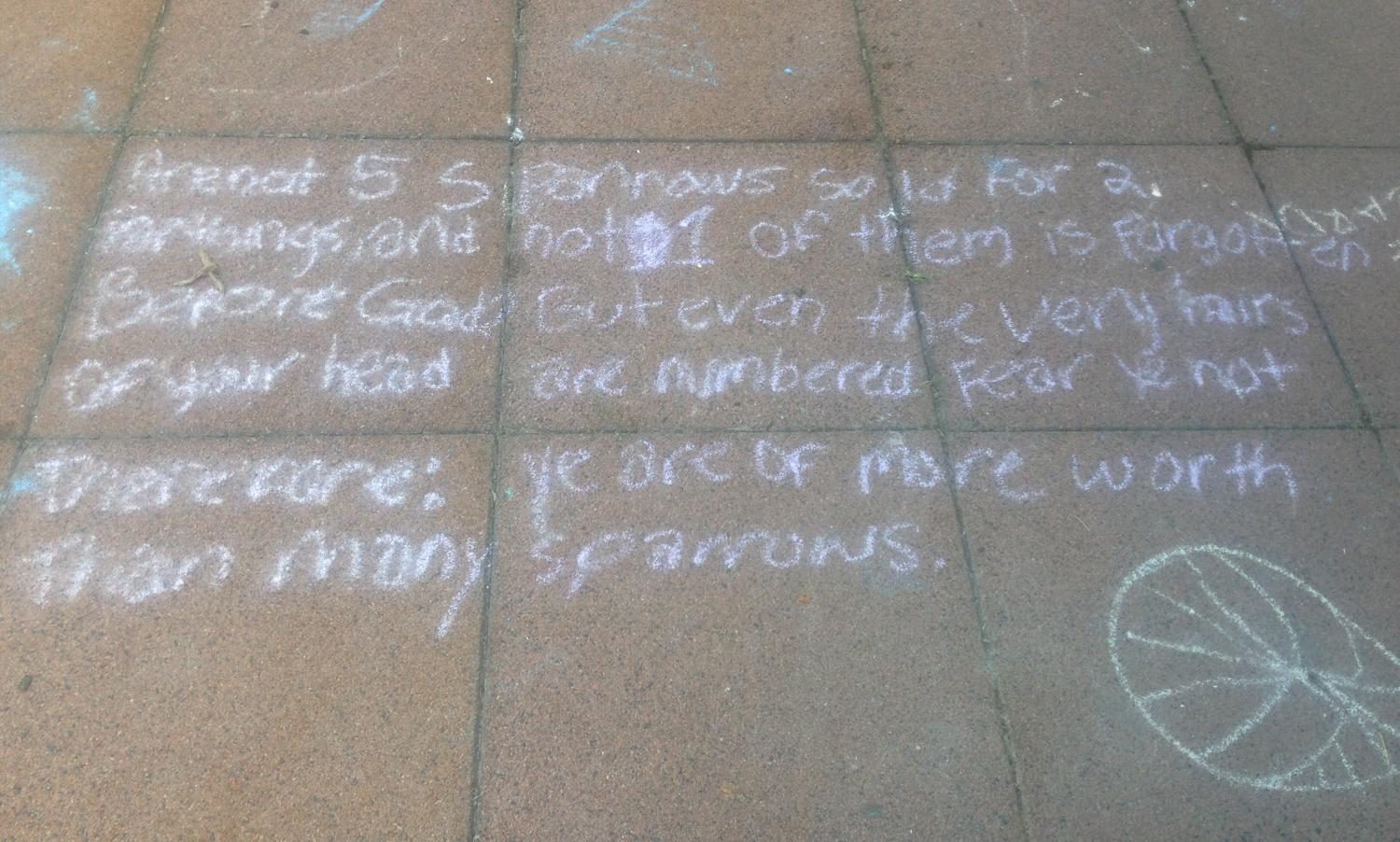 Christadelphian children left their mark on Lakeland’s concrete. The scrawling pictured quotes Luke 12:6-7 from the King James Version of the Bible.

When summer comes around, Lakeland’s campus is not just for Lakeland’s students.

From July 1 to July 8, the Great Lakes Christadelphian Bible School was held on campus. The annual one-week retreat for families of the Christadelphian faith consists of scriptural discussion and worship.

Established in July 1967, the GLCBS celebrated its 50th anniversary. This is the 28th year the retreat has been held on Lakeland’s campus.

“We have seen some of the participants grow from small children to now having children of their own,” Director of External Relations David Gallianetti said.

The visiting Christadelphians were housed in the Krueger, Brotz, Muehlmeier, South and Hill halls. In total, Lakeland was able to provide 420 beds, which placed a limit on the size of the retreat. According to Gallianetti, camps like the GLCBS provide revenue that lowers room and board prices for students.

Some notable events that took place over the week were a play about the Book of Esther from the Bible and a “Praise God Jamboree.” Teachers and leaders of discussion included Bro. Bill Yakes and Sis. Leona Scheepers.

Dr. John Thomas founded the Christadelphian religious movement during the 19th century in rejection of mainstream Christian doctrines such as the existence of Satan, the soul’s distinction from the body, trinitarianism and the divinity of Jesus. Christadelphians are also anti-secular in regards to politics and war, typically abstaining from voting and joining the military or police force.

Christadelphians have no churches, pastors or priests. Congregations are referred to as “ecclesias” while teachers and students alike are given the title of “Brother” or “Sister.” This goes with the Greek word roots of the name “Christadelphians,” which means “Brothers in Christ.”

Today, there are an estimated 50,000 Christadelphians worldwide.