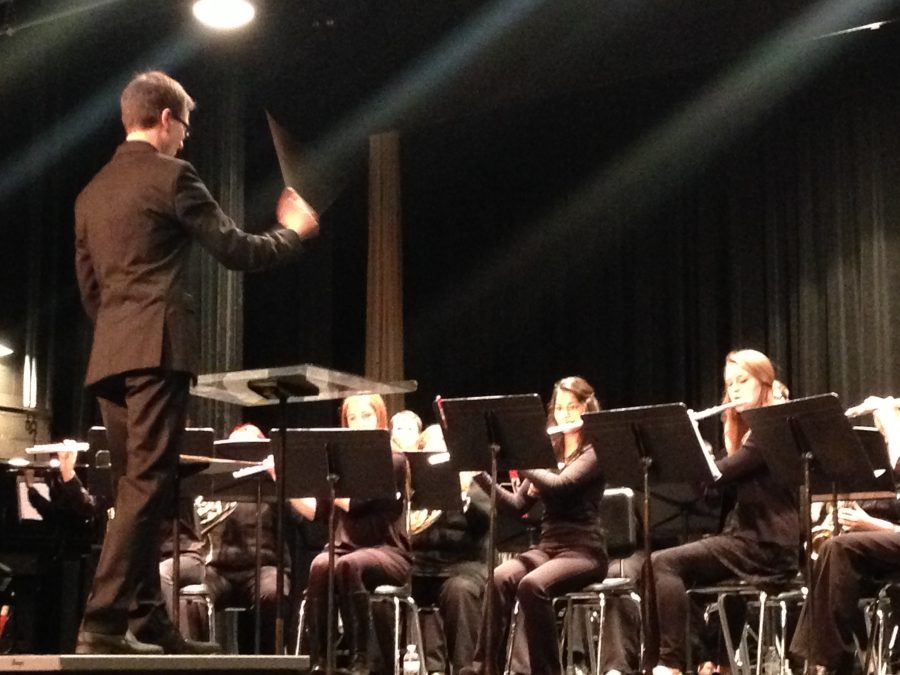 Assistant professor of music and band director Chris Werner was unable to take part in the Fall Band Concert on Nov. 17, but his influence was unmistakable.

Werner has been in a battle with esophageal cancer since 2014. While he has served as band director since then, his condition has worsened, forcing him out of work.

While he was still instructing the band, Werner decided they would play “On This Bright Morning” by David Maslanka at the Fall Band Concert. Werner’s students went through with his wishes and dedicated the performance to him.

Michael Lund Ziegler, who has directed bands in several schools across the state, filled in for Werner as conductor.