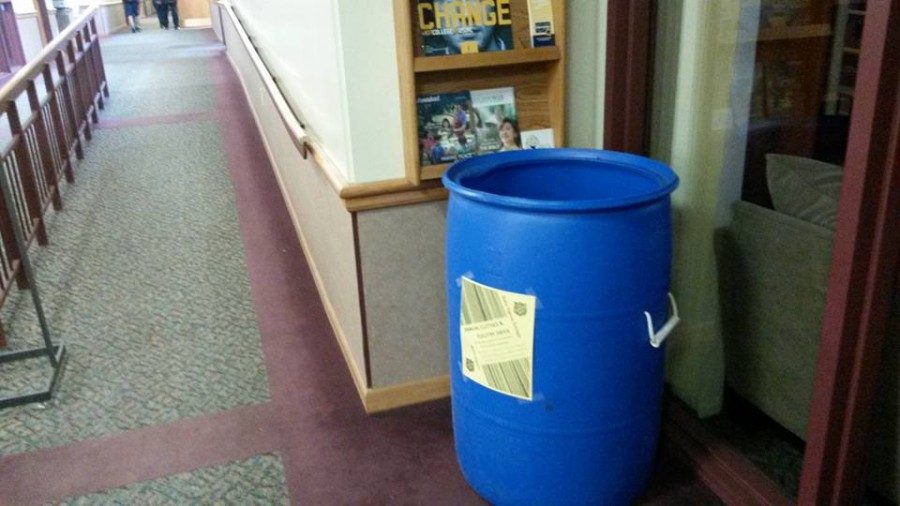 The brothers of Beta Sigma Omega fraternity are hosting their annual Clothes and Toiletry drive throughout January, with all donations going to the Salvation Army of Sheboygan.

“It has been successful in past years, but we are moving slow this year” said, Airiss Hargrow, junior exercise science major and president of Beta Sigma Omega fraternity.

Last year, the Betas had filled two big blue barrels and three large garbage bags full of clothes and toiletries by the end of their donation drive.

This event has been hosted by the Betas since 2014.

At the end of January, the Betas will throw a party dedicated to the donation drive to gain extra donations before everything is collected. This year, their party is on Jan. 30, in the Beta suite.

“The last couple years that we have done it, it has always been a great success, but there is always room for improvement and growth. I believe, for the years to come, the drive will get bigger and better so we can help more people.” said Vincent Stepney-Willis, senior non-profit management major and former vice president of Beta Sigma Omega fraternity.

This year the theme that the Betas have for the donation drive is called “Fill the Suite.” The goal is to fill the entire Beta suite with clothes and toiletries and to collect enough so that they can have the Sheboygan Press come out and hopefully get the community involved.

Donations can be left in any of the three big barrels located in front of Jim Bajczyk’s office in the Campus Center, at the bottom of WAK and at the front desk of the Wehr Center. Donations will also be accepted by any member of the Beta Sigma Omega fraternity.