“Ain’t I a Woman” a presentation of four strong women 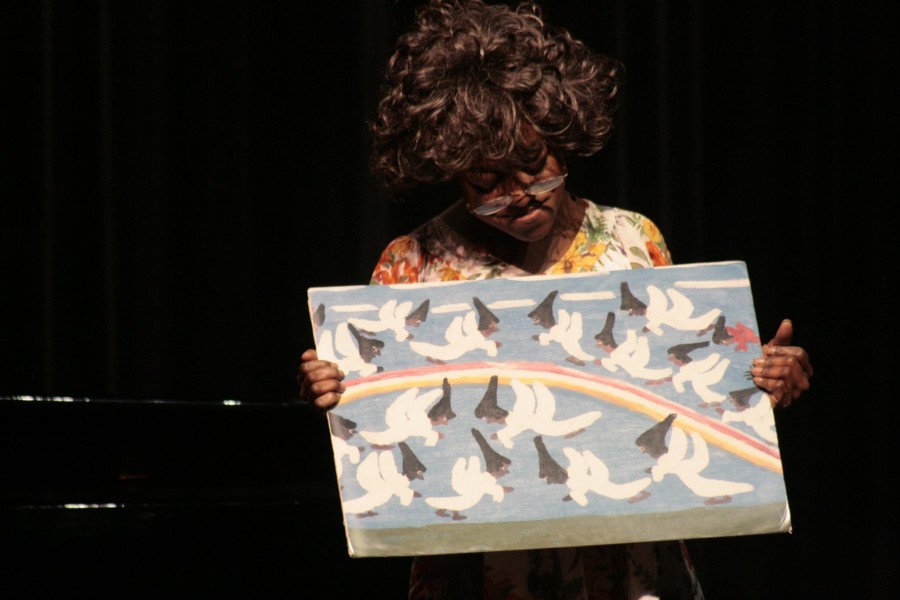 “Ain’t I a Woman,” produced by The Core Ensemble portrayed four strong African American women in a theater production for a convocation on Tuesday, Feb 9. Actress Deltoiya Goodman and pianist Byron Sean came together to put on this performance for Lakeland College.

Two more well-known women that were presented in the piece were abolitionist Sojourner Truth and writer Zora Neale Hurston. Two women that might not be as well known by the public were folk painter Clementine Hunter and civil rights worker Fannie Lou Hamer.

The Core Ensemble chose to do a blend of familiar and not so popular women to bring to light some of the people the public may not know so well and to expand on those of which they have heard.

To stay true to the women she is  depicting, Goodman said she watched videos, look at images, listen to audio and listen to recounts of the women. When appropriate, Goodman was enthusiastic, solemn, cheeky, stern and/or bold.
To hear about their other shows or for more information on The Core Ensemble, go to their website at www.coreensemble.com.